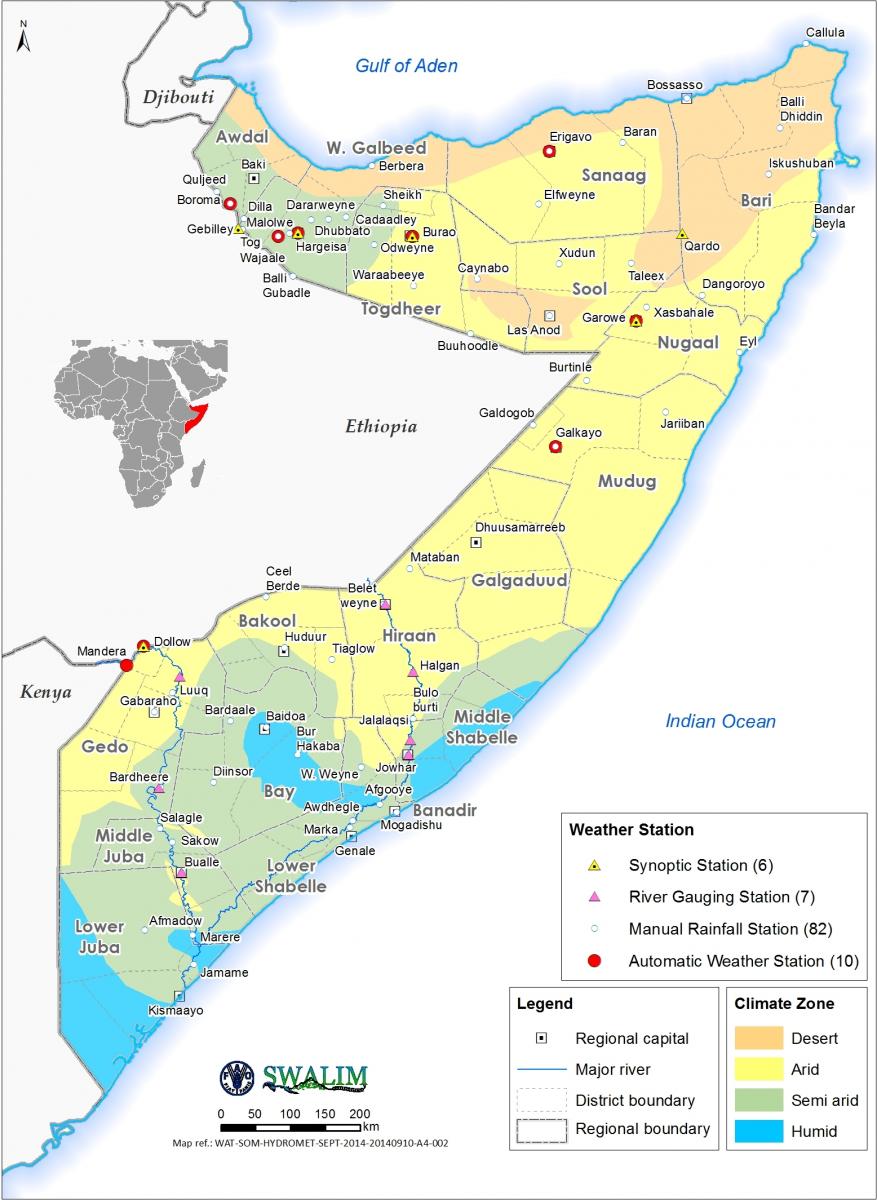 Internal strife in Somalia led to the collapse of the hydro-meteorological monitoring network after 1990. Under the SWALIM project, FAO and partners have made great efforts to re-establish this vital information network. Since 2002, FAO-SWALIM has taken the lead to “re-collect” all the datasets that were scattered and are often only available in different formats from various agencies.