The Gu rains  normally start in late March in the north western parts  of the country and by mid April in the rest of the country.

Light to moderate rains were  received in Somaliland spread within five days.   Borama, Qulajeed and Gebiley stations in Awdal and W/Galbeed regions recorded  the highest amounts; 112mm, 65mm and 53mm respectively.  Some other stations that recorded significant rains include Erigavo (41mm), Dhubato (32mm), Aburin (33mm) and Hargeisa (23mm) . These rains are expected to improve pasture/browse growth, soil moisture  and  water  availability in the short term.

The North eastern, South and Central areas are yet to see the start of the rainy season which usually kicks off in mid April, however, patchy and light rains were recorded in a few places during the last week of March.

The Ethiopian highlands whose rainfall contributes significantly to the river flow in Somalia recorded moderate to heavy rains in the last half of March. Consequently, this led to an increase of river levels inside Somalia along the Juba and Shabelle. 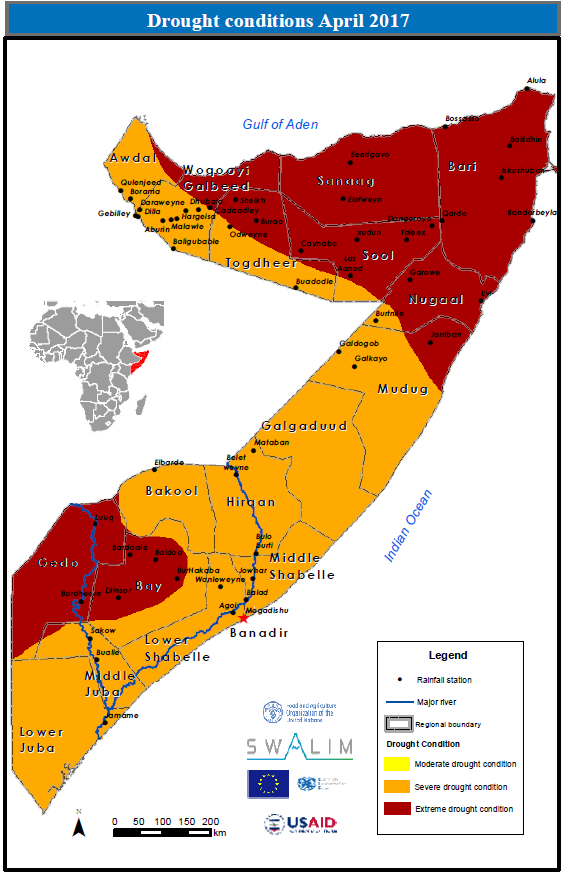