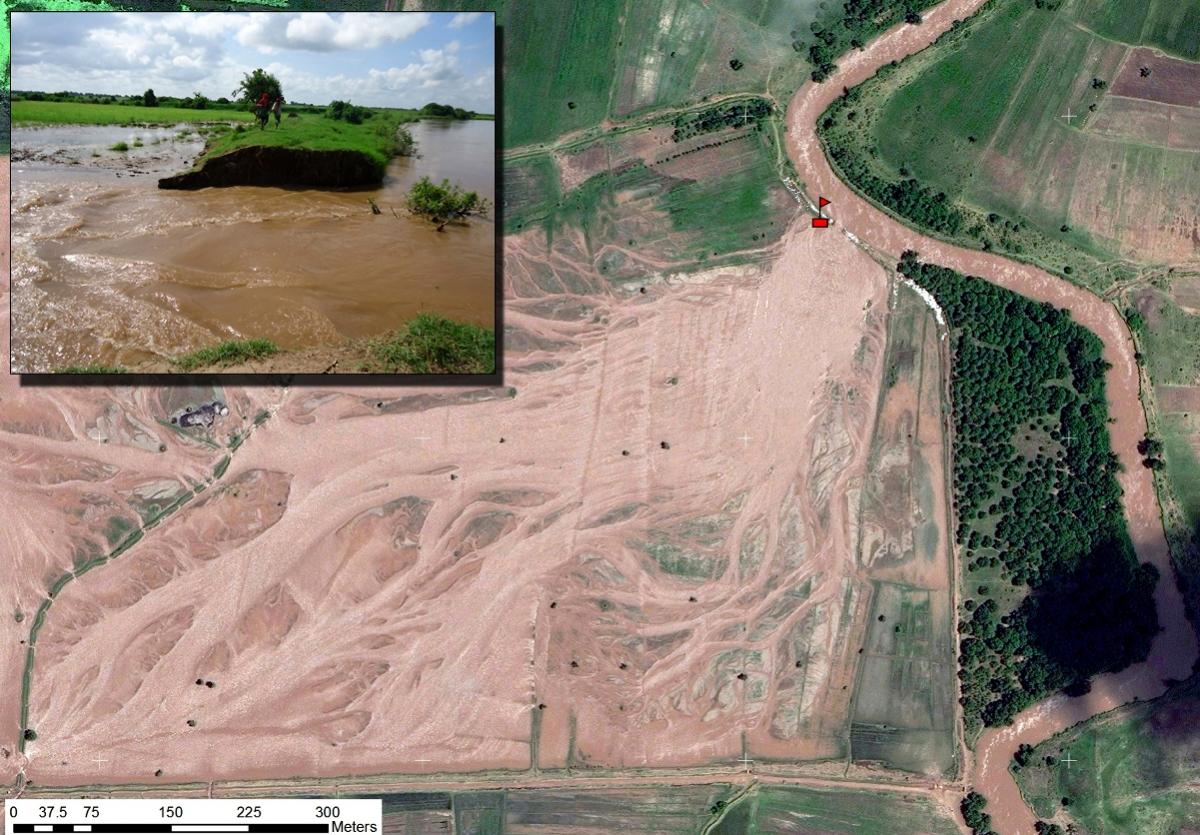 akages and areas of potential flooding along the Juba and Shabelle Rivers in southern Somalia. Different sets of very high resolution satellite images were used to carry out this task. The information produced played a crucial role in assisting local authorities and communities in both closing the open breakages and monitoring potential new ones. The information is used by partner agencies for disaster preparedness in the two rivers.

The dataset produced consists of georeferenced information on “potential”, “closed” and “open” riverbank breakages, as observed between 2012 and 2014. This information was extracted from the analysis of very high resolution satellite images, a detailed Digital Elevation Model (DEM) that was produced using aerial photographs of the two rivers, and through the comparison of these with previous records on breakages along the river banks. The fi ndings derived from the image analysis were then verified with field observations by local staff of SWALIM.